The 2016 Palma Superyacht Show - A Hard Act to Follow

The Palma Superyacht Show, the only public brokerage and charter show organised by the superyacht industry, has not only established itself as a major event on the yachting calendar but has also developed into a show of standing. This 4th edition of the show took place from the 28th of April until the 2nd of May and has proved to be the biggest and most successful to date. 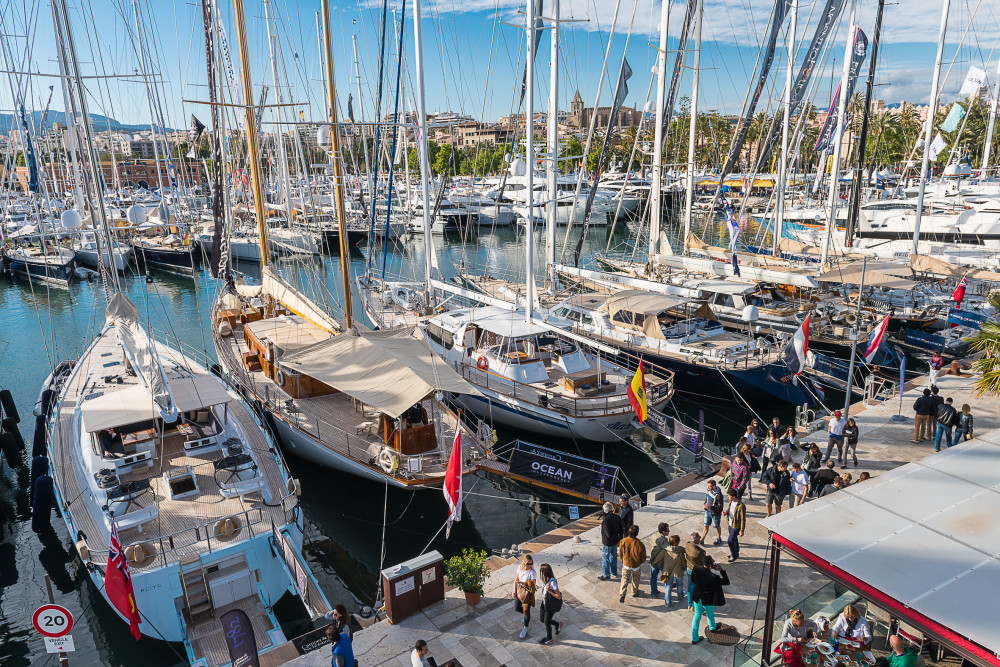 Pat Bullock, from Network Marine Consultants, stated, “This year the Palma Superyacht Show was better than ever! We have been exhibiting since its beginning and have witnessed a marked increase in both the international visitors attending and the interest it has created within the industry as a whole”

Exhibitor stand space was filled by key players in the yachting sector months prior to the start of the show and all benefitted from the abundance of networking opportunities, whether during an organized conference or over an impromptu get- together with a glass of sparkling wine in hand.

“We noted a definite improvement in the quality of the visitors and also noted a good range of yachts on display”, said Diane Franklin from The Consortium. “We signed contracts during the show and will definitely return next year”,

This 4th edition proudly presented some of the world’s most famous super yachts over 24m, all immediately available for charter and/or sale - just in time for the summer season. A line-up of 65 yachts included the 45m record-breaking, high-performance sail yacht Mari Cha III, (she beat the Transatlantic Record in 1998 and the Sydney to Hobart record in 1999) to the iconic 49m Feadship motor yacht MQ2. This show-stealing mega yacht is fresh from an extensive refit here in Palma and exudes the legendary quality of the Dutch yard.

On the social side, an abundance of parties took place. The Palma Superyacht Show Welcome Cocktail, hosted by Marine Survey Bureau, took place after the first day of the show, provided a networking event for both captains and exhibitors to meet and catch up over a drink and enjoy the wonderful canapés provided by Marc Fosh catering. Another well-attended event was hosted by Fraser Yachts, celebrating the launch of their yacht management division in Palma de Mallorca, at a nearby restaurant on Friday the 29th of April.

An added attraction this year was the entertainment provided by Fun Fair Port Adriano that took place every afternoon during the first three days of the show. These colourful mime artists entertained young and old with their dock side folly and hilarious antics.

For the third year running the team at Blue Café & Gastrobar served Michelin starred Marc Fosh’ famous creations from tasty tapas to mouthwatering main courses, all sprinkled - of course - with a little Fosh-inspired magic. The adjacent Nyetimber Lounge, sponsored by the makers of the British award-winning Nyetimber sparkling wines, perfectly complemented the experience.

In the right place at the right time, the Palma Superyacht Show ticks all the boxes for yachts, exhibitors and visitors alike. The winning factor, however, is the show’s same laid-back and friendly atmosphere that characterises Mallorca itself. The Palma Superyacht Show might remain relatively small compared to some, but on a professional level, it is second to none and additionally boasts distinct island flair and a big personality to boot. With this 4th edition’s success in attracting the most prominent exhibitors and most prestigious super yachts, we’re already very excited about our 2017 edition.

Please credit the photographer of any photograph published as shown in the title of the image.

signup up to our newsletter